Pseudomonas aeruginosa and Staphylococcus aureus causes severe infections, especially in nosocomial environments. The cells are often deeply imbedded in biofilms, which makes treatment of the infections extremely difficult. Cells exposed to antibiotic levels below MIC (minimal inhibitory concentration) may develop resistance. The aim of this study was to develop a drug carrier that would keep antibiotic levels, in this case Ciprofloxacin, well above MIC for the duration of treatment. By electrospinning Ciprofloxacin into a nanofiber scaffold consisting of poly(D,L-lactide) (PDLLA) and poly(ethylene oxide) (PEO), the antibiotic was released within 2 h, killing 99% of P. aeruginosa and 91% of a methicillin-resistant strain of S. aureus in a biofilm. Ciprofloxacin, which remained intact, were released from the nanofibers for 7 days at levels above MIC. The nanofibers were not toxic when tested against MCF-12A breast epithelial cells. Antibiotic-filled nanofibers may be the answer to the eradication of P. aeruginosa and S. aureus biofilms.

Published in Research Highlights
Tagged under
Be the first to comment!
Read more...
Thursday, 04 June 2015 22:49

A significant number of households in rural South Africa rely on roof-harvested rainwater (RHRW) for domestic purposes. Although, there is a general public health perception that RHRW is safe to drink, the presence of potential pathogens has been reported in this water source. Generally, the microbiological methods used to evaluate water quality depend on conventional culturing methods, which may underestimate total pathogen content and diversity and, thus limit the extent to which one can fully understand potential infectious risks from RHRW use. However, the use of high-throughput next-generation sequencing, (pyrosequencing) offers an alternative, in which detailed community structure can be achieved in combination with a fairly high taxonomic resolution. Not only does high-throughput next-generation sequencing allow for the detection and identification of dominant bacteria phylotype profiles within a sample but the high sequence numbers produced allows for the detection of rare species including pathogens within bacterial communities.

Published in Research Highlights
Tagged under
Be the first to comment!
Read more...
Tuesday, 24 March 2015 22:04

Announcing an available 'sandwich' PhD opportunity between UWC and the University of Wageningen, Netherlands. Interested candidates must apply to Prof. Marla Trindade by 17 April 2015: e-mail - This email address is being protected from spambots. You need JavaScript enabled to view it., Tel: +27 21 959 9725. Please note that only South African citizens are eligible. Further information about the sandwich program click here. 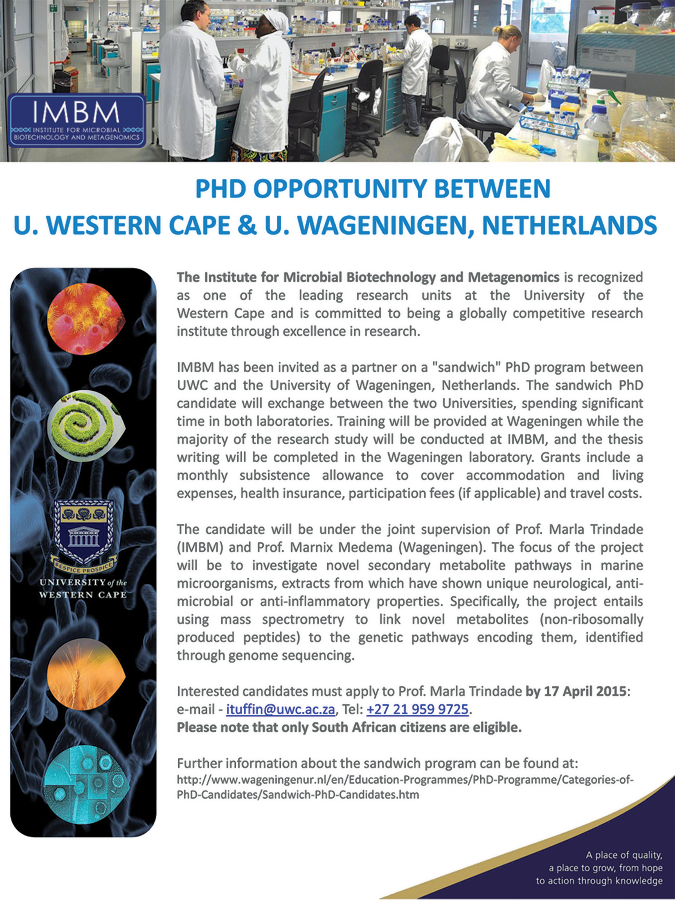 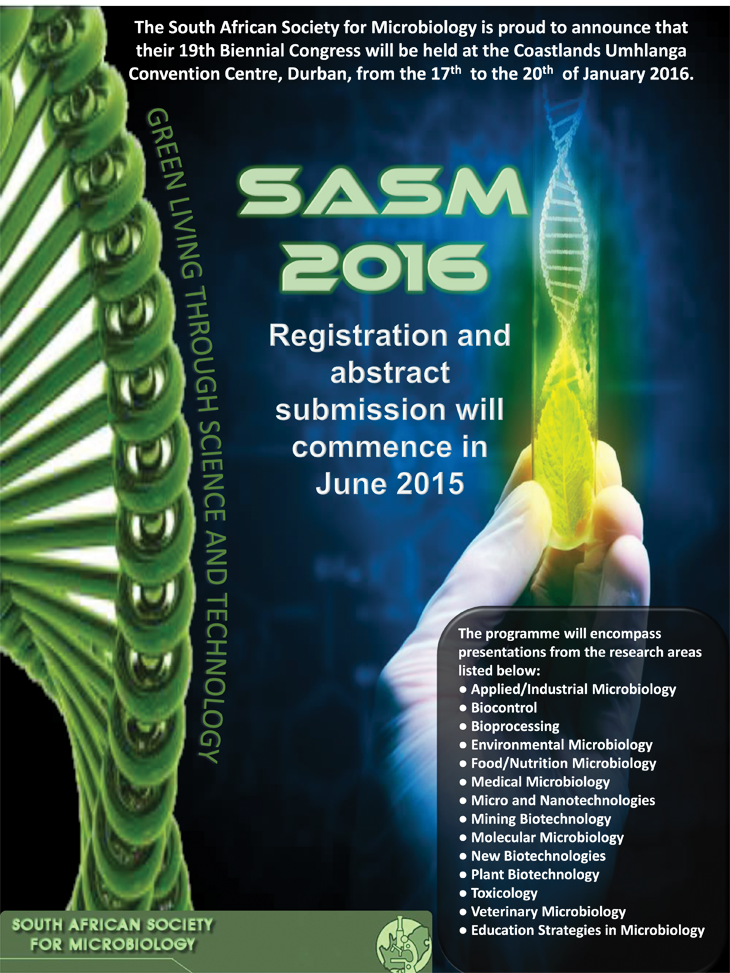 The Institute for Microbial Biotechnology and Metagenomics (IMBM) is a leading research unit within the Department of Biotechnology at the University of the Western Cape. IMBM is committed to being a globally competitive institute through excellence in research and in the training of future research leaders, and hosts the DST/NRF SARChI research chair in Microbial Genomics. The core research objective of the Institute is to develop Microbial Biotechnology, through complementary aspects of Microbial Biology. Current research interests within the Institute include Environmental and Industrial Microbiology, Metagenomics, Applied Genomics, and Marine Biotechnology. IMBM is accommodated in the new Life Sciences Building, providing state of the art research facilities and equipment. These include the Next Generation Sequencing Facility and other “omics” related technologies.

The St Lucia Estuary is part of the iSimangaliso Wetland Park, South Africa’s first UNESCO World Heritage Site, and is the largest estuarine system in Africa. This three-lake complex is particularly vulnerable to droughts and hypersaline conditions due to its large surface area (350 km2) and shallow water depth (average depth 0.9 m). A widespread bloom of the unicellular cyanobacterium Cyanothece sp. appeared in June 2009 and persisted for 18 months within the two northern basins of St Lucia (False Bay and North Lake). This was the first recorded bloom of this genus globally.

Published in Research Highlights
Tagged under
Be the first to comment!
Read more...
Sunday, 01 February 2015 22:18 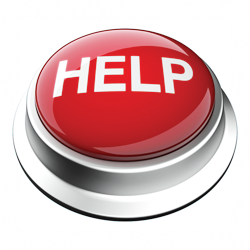 Prof Sehaam Khan's research group at CPUT is seekeing assistance from the SASM community for a Sf9 Cell Line from Spodoptera frugiperda.

They are having difficulty sourcing SF9 cells from major suppliers in South Africa due to a change in import licences. They would be grateful if someone could either point them in the direction of a local supplier or possibly donate a working adherent culture/or a frozen stock of SF 9 cell-line. Your assistance would be greatly appreciated.

Please contact Prof Sehaam Khan at This email address is being protected from spambots. You need JavaScript enabled to view it..

Following the first call made earlier in 2014, we are now opening a further call to support students and post-doctoral fellows as part of the national Biocatalysis Initiative being funded by DST.

The first call had a good response rate and we were able to provide support to a total of 18 candidates from six different universities. During this second call we encourage those researchers that did not apply previously to participate.

Plant biomass-derived bioethanol is regarded as a leading alternative energy source in a fossil fuel dependent energy paradigm. Bioethanol functions as octane enhancer, and can be used to replace up to 15% of petrol. It also acts as a fuel oxygenate in petrol blends allowing more complete combustion and hence, decreased polluting emissions. The departments of Microbiology and Process Engineering at Stellenbosch University, through the South African Research Chair (SARChI) in Biofuels, are at the forefront of South African research to address the shortcomings of plant polysaccharide conversion to bioethanol. Strains of Saccharomyces cerevisiae were engineered to simultaneously hydrolyse plant materials (cellulose and raw starch) and ferment the resulting monosaccharides through the development of enabling technologies such as advanced plant polysaccharides pretreatment and advanced Consolidated Bioprocessing (CBP). Simplification and cost-reduction of the hydrolysis-fermentation process can be further achieved by integrating superior enzymatic hydrolysis and fermentation with more robust yeast into a single unit operation. To achieve this, supportive bioinformatics research dedicated to solving current problems in bioethanol biotechnology, specifically improved industrial performance of yeast strains and improved catalytic efficiency of enzyme hydrolysis, remain key. 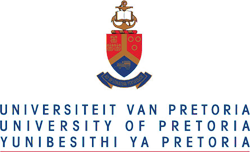 Research Details
The Bacterial Genomics and Host Pathogen Interactions group is based at the University of Pretoria, Forestry, Agriculture and Biotechnology Institute. Our research focuses on the interaction on potato plant interactions with one of their major bacteria pathogens Soft Rot Enterobacteriaceae (SRE). To understand these interactions we use genomics, transcriptomics, and other ‘omics’ to identify bacterial virulence factors as well as elucidate host defence mechanisms being targeted by these virulence factors. The following projects are currently available in the research group.

Published in SASM News
Tagged under
Be the first to comment!
Read more...
Page 9 of 19