Next generation sequencing and bioinformatics courses

After our successful introductory course to next generation sequencing and bioinformatics held at SANBI at the University of the Western Cape in April 2012 in conjunction with IMBM and Roche Diagnostics we are happy to announce that we are running this course again this year along with two advanced courses.

The University of the Western Cape is partner of a large-scale, four-year project launched in October 2012 called PharmaSea funded by the EU. The UWC team is led by Prof Marla Tuffin, Acting Director of the Institute for Microbial Biotechnology and Metagenomics (IMBM), and in collaboration with Prof Michael Davies-Coleman.The collaborative project PharmaSea will bring European researchers to some of the deepest, coldest and hottest places on the planet. Scientists from the UK, Belgium, Norway, Spain, Ireland, Germany, Italy, Switzerland and Denmark will work together to collect and screen samples of mud and sediment from huge, previously untapped, oceanic trenches. The large-scale, four-year project is backed by more than €9.5 million of EU funding and brings together 24 partners from 14 countries from industry, academia and non-profit organisations.

The Institute for Microbial Biotechnology and Metagenomics (IMBM)

The Institute for Microbial Biotechnology and Metagenomics (IMBM), a research  unit based  within  the  Department of Biotechnology  at  the University of the Western Cape is seeking suitable candidates to fill several MSc, PhD and Post Doctoral positions available on offer for 2013. Projects available and further information is detailed in the brochure attached.

General inquiries can be forwarded to Professor Marla Tuffin, Acting Director: This email address is being protected from spambots. You need JavaScript enabled to view it.. 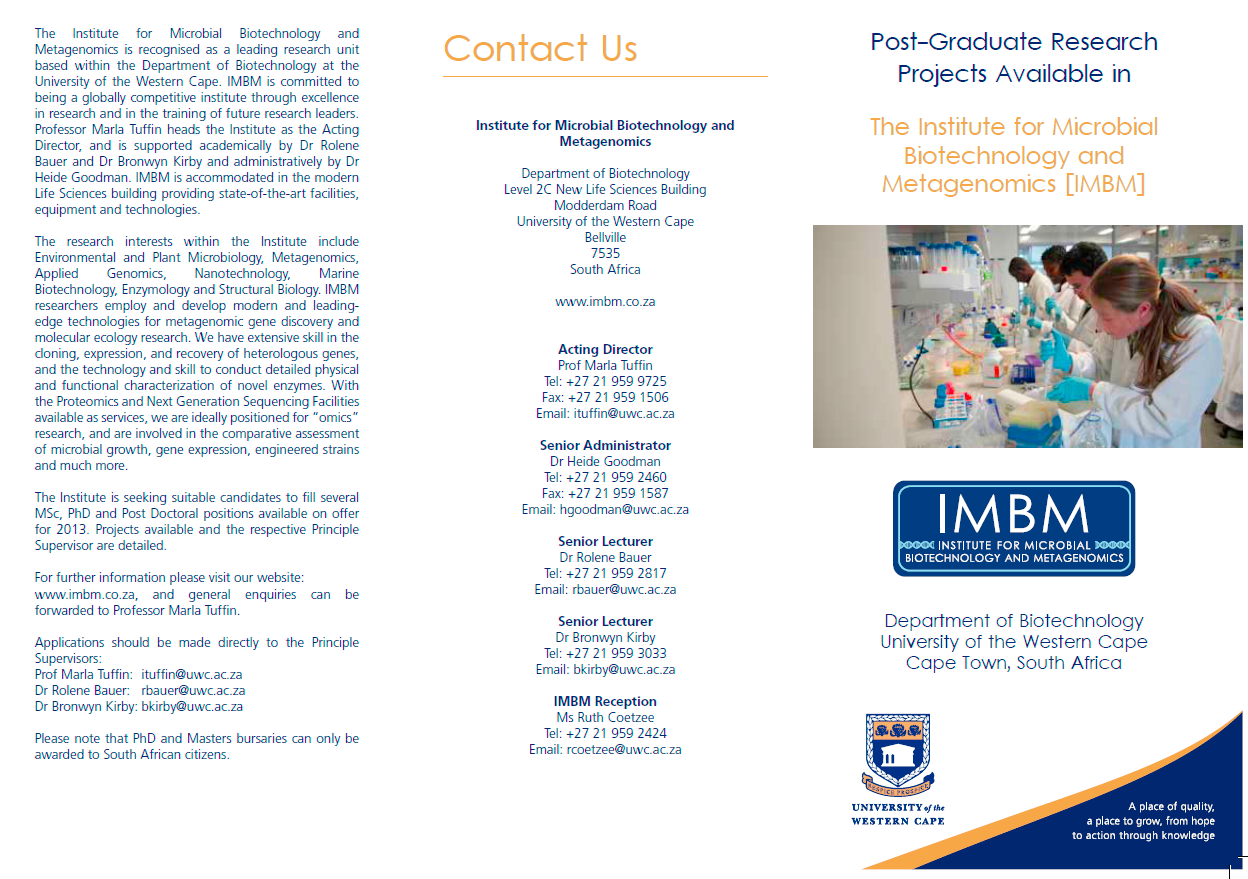 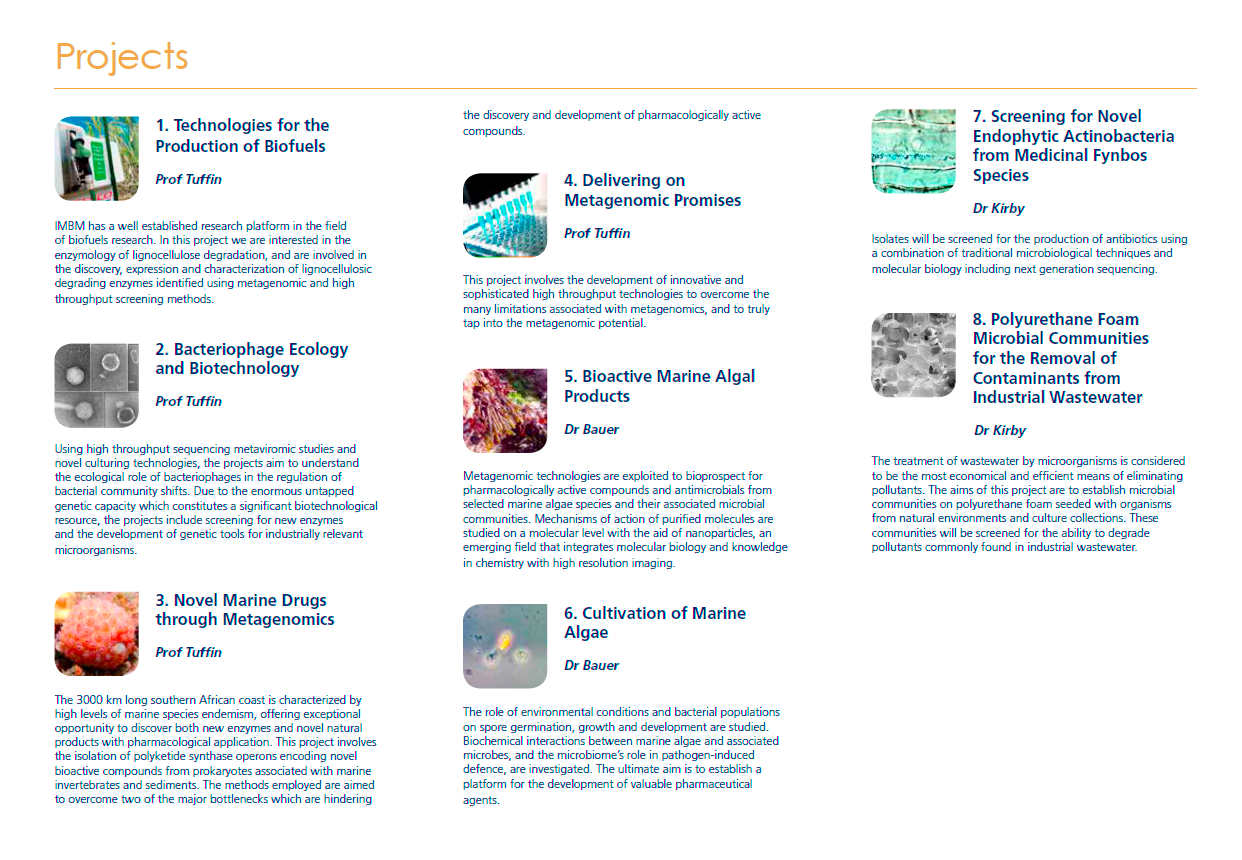 Published in SASM News
Tagged under
Read more...
Page 2 of 2