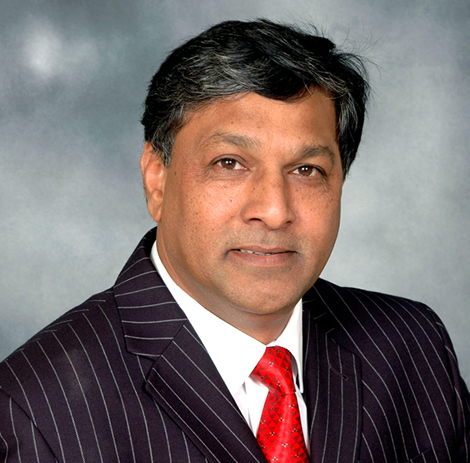 Title:  Knowledge Production in Microbiology: How does South Africa compare?

Keynote Title: Modern bioenergy and its potential role towards enabling a sustainable future for southern Africa

Prof. Peter Lipke (Professor of Biology, City University of New York Brooklyn College, email: This email address is being protected from spambots. You need JavaScript enabled to view it., http://userhome.brooklyn.cuny.edu/plipke/

Keynote Title: The wine microbial consortium and its evolution during spontaneous fermentation

The 18th Biennial Conference of the South African Society of Microbiology (SASM), SASM2013, promises to be another successful and exciting conference with a scientific programme covering a diverse spectrum of microbiological topics. Here are some current stats and highlights: 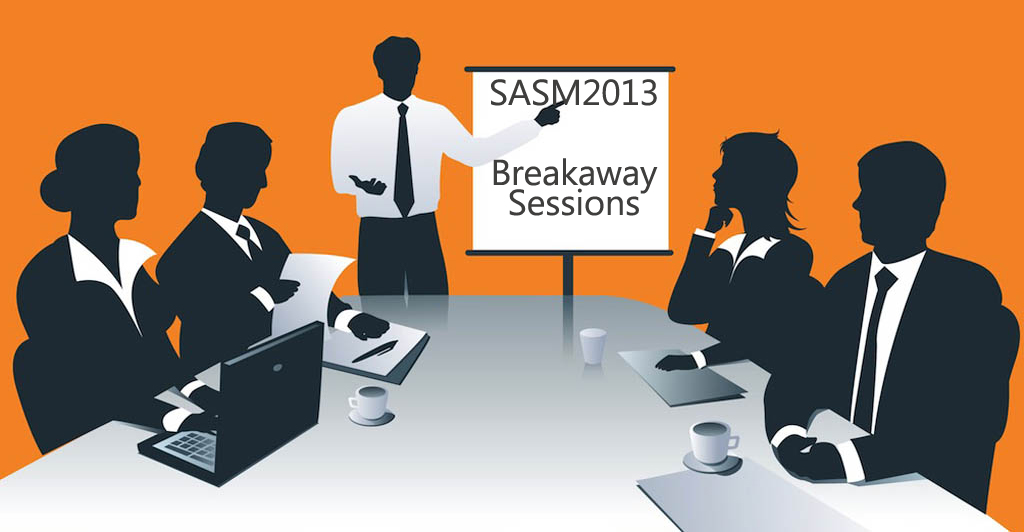 At SASM2013 we are offering all delegates the exciting opportunity to participate in two workshops which will be held in parallel on Tuesday, 26 November, from 15:15-17:15. If you are interested in participating, please contact the organizers of the workshops directly by email.

Prof Dorrington welcomed members to the Council meeting.  Rosemary introduced herself and announced AGM of Society, which occurs with the SASM Conference every 2 years.  She reemphasized that membership though include full ordinary members and student members, the former have voting rights, while latter do not.  However, student members were encouraged to participate in AGM.  Members were provided with minutes from AGM in 2009 and a copy of the Agenda.  Participants were asked to sign the attendance register.  Quorum noted since >25 full ordinary members were present.  Members were asked if they wished to add items to the Agenda.

-       No financial report since SASM did not carry cost of the conference.  Members approved.

-       Should break even, no profit or substantial loss anticipated.

-       Membership has increased significantly from 2009, more than doubled.  Since 2009, increased number of ordinary full members and higher than student member numbers.

-       Comment was made regarding concern that student numbers might drop off in the future.  Measures should be implemented to ensure that growth is sustained.

-       Discussion forum topics to foster microbiology interest.  Moderators will need to be appointed to assist with running this.  Postgrad students will be targeted.

-       Prof Dorrington raised idea of appointment of mentors who will be contactable via website to give advice to young students.

-       A vote of thanks raised to Karl Rumbold and Heinrich Volschenk for their efforts.

Treasurer: to be decided

Prof. Ndip queried the reasons for universities in the North being poorly represented.  Exco promised to give this priority attention

Here is an announcement for a specialist microbiology conference the 11th International Symposium on Aeromonas and Plesiomonas (ISAP), to be held in the heart of old Montpellier, France, on June 25, 26 and 27 2014. Click on the flyer below to visit the symposium website. 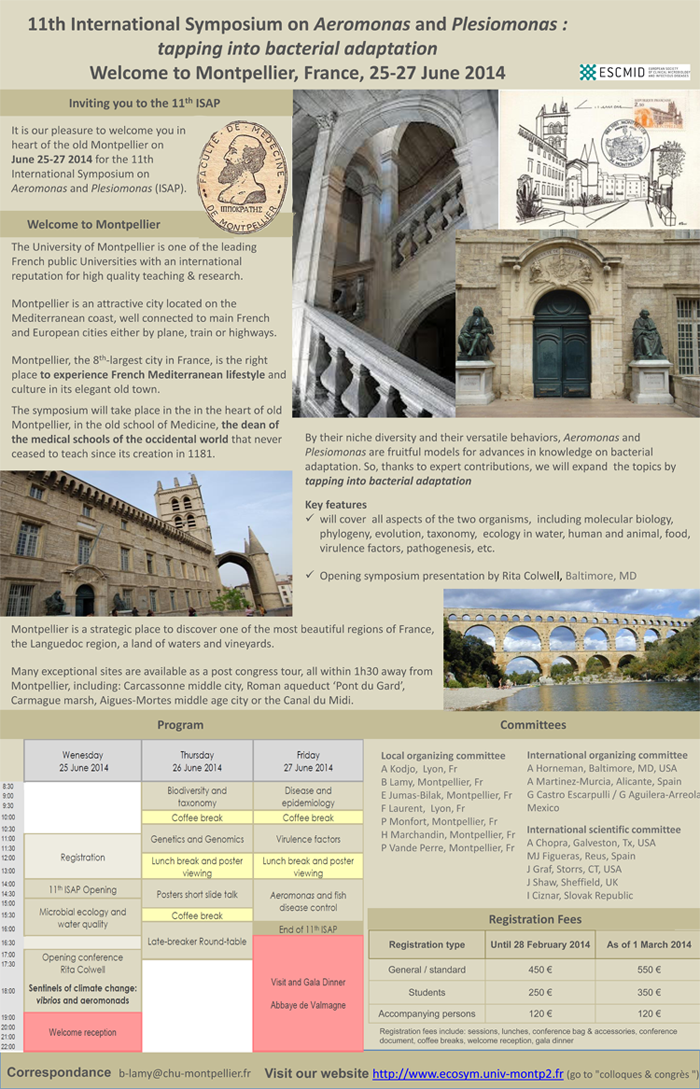 Dr Hafizah Chenia is planning to organize a Microbiology Education workshop at SASM 2013. This is a particularly exciting opportunity to learn about new developments in the US (and worldwide), because Dr Chenia visited the ASMCUE, the primary microbiology educator conference. At this stage, please contact This email address is being protected from spambots. You need JavaScript enabled to view it. to express your interest in attending such a workshop.

Travel bursaries are available for researchers in life sciences.

Apply now, if you plan to attend a scientific conference, meeting, course, or overseas lab visit before February 2014.

The International Society for Infectious Diseases (ISID) is currently organizing the 16th ICID that will be held in Cape Town, South Africa on April 2-5, 2014. For information about the meeting, please visit the meeting website.

SASM2013 will take place from 24-27 November 2013 at Forever Resorts Warmbaths (http://www.foreverwarmbaths.co.za/). Please see our website www.sasm.org.za (CONGRESSES>SASM2013) for details, abstract submission and registration. The theme for SASM2013 is “From Africa to the World: Trending Microbiology”. The Organizing Committee wants to put together “trendy”, modern programme, yet taking into account the traditional tracks at our previous conferences: Environmental Microbiology, Molecular Biology, Industrial Microbiology, Virology, Medical Microbiology, Plant Microbiology, Food Microbiology, and Virology. In order to achieve this, we would like to involve all SASM members at South African Universities, Research Institutions and various Industries and Service providers.

Published in Conference News
Tagged under
Read more...
Page 4 of 5